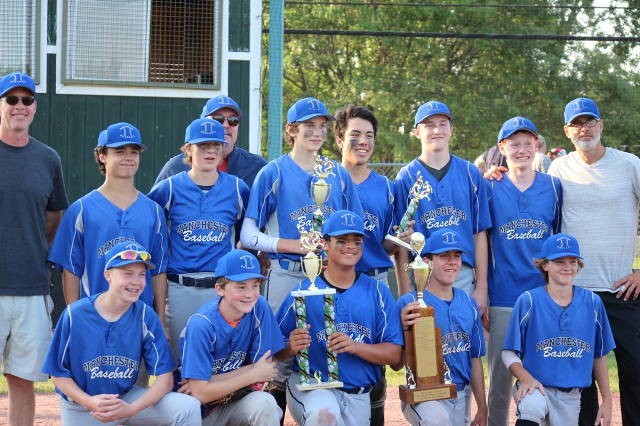 Manchester Youth Baseball invites all players entering grades 8, 9, 10 to participate in a newly-formed team playing in a central/southern Vermont league.

This team will stage occasional practices in May, with regular practices to begin in June. Games will commence in mid-June, with the season continuing through late July. Post-season opportunities and/or individual tournaments will be investigated as possibilities for extending the season.

Games will commence in mid-June, with the season continuing through late July. Games will be scheduled primarily mid-week, though occasional weekend games remain a possibility.

Early season practices will be 3-4/week. During the season proper, games and practices are likely to require player commitment 5 days/week.

Players are assured of receiving playing time during each game during regular season.  Playoffs will be at the coaches discretion.

Players are encouraged to communicate to coaches if they would like to learn the skills of a particular position. When players exhibit basic command of positional skills, they will be encouraged to fill that position during game play.

This MYB team will not have a dedicated team vehicle/bus, but attempts will be made to assure that all players may ride to games with parents or coaches. All players must ride with an authorized adult; no players will be allowed to drive themselves to league games.

Players may register for this team via the Manchester Youth Baseball website; www.mybvt.org